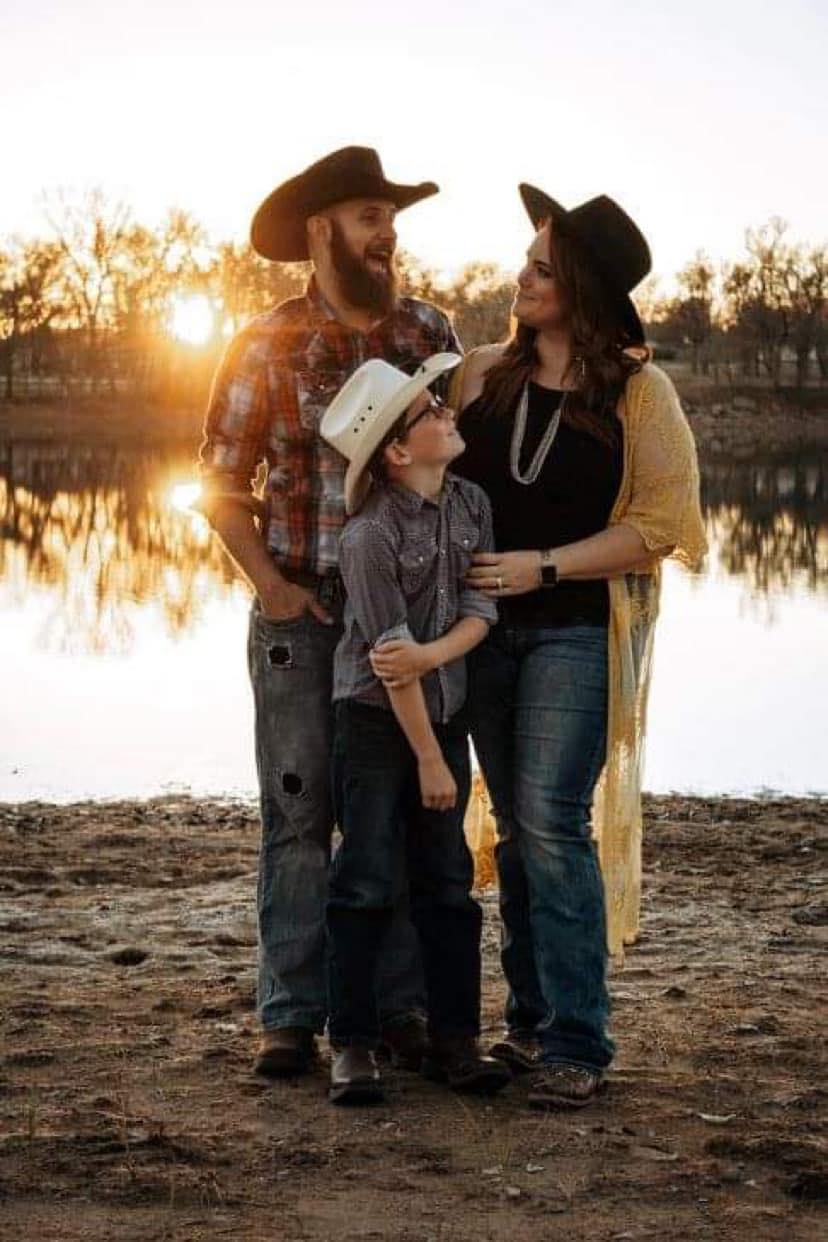 Boy, they are ornery. lol

Her parents met in a band in her dad’s home state of Texas. Her dad, Travis, played guitar, drums and sang lead and her mom, Jeanette, played piano and sang backing vocals.

They fell in love and got married 3 months later and then continued to travel and perform together for several years after, before settling down in Dallas Texas and starting a family.

Cynthia's dad ended up joining the Navy right before Cynthia was born and served faithfully while his family moved from location to location in true military family style.  But Cynthia still remembers many trips to Wichita Falls to visit her MawMaw.

After her dad left the military, her parents picked up their instruments again and started using their gifts in the local church where their family attended. Cynthia's parents continued adding to the family and eventually there were 8 children in all, with Cynthia being 3rd oldest.

At age 15 Cynthia went through a very dark time with her mental health and general overall health, but found a sudden desire to start learning guitar and singing. Almost immediately after she started playing and singing, she started writing music and pretty soon she was writing the music for her developing family band.

Cynthia realized that playing music helped with her mental health and started advocating through her music for others struggling in the same way.  Helping others struggling with depression and anxiety had become a focal point of her music.

Her siblings started learning to play instruments around the same time as well and pretty soon the whole family began to travel and play music for churches, city events and fairs from Missouri to Texas and everywhere in between. During this time Cynthia’s gospel roots took on a more country flare and she embraced it.

After meeting her husband in 2010 and starting a family of her own, her family band disbanded, but Cynthia fondly recalls the many memories and joys of traveling with her family band. And she cherishes the lessons and values instilled in her life because of them.

With almost 20 years of writing and performing currently under her belt, her recently released 15 track album titled, "Where I Stand" is a clear representation of her heart for people and joy of music. This is her second album release to date.  All original music written by Cynthia.

In the past several years, Cynthia has seen her writing change to a more Texas, Red Dirt feel that is evident in her first T3R Charts top 50 single "Barstool Queen."  And she is excited that her last single release "Too Country For That" made an even bigger impact as it reached the 40's on the T3R Charts! It's a song that brings forth the values and integrity associated with a country mindset and lifestyle.

Cynthia was nominated as "New Female Vocalist of the Year" with the T3R awards, and even though she wasn't a finalist, she was honored to even be considered at all by her fans.  She also had the honor of performing at the Sunday night "Future Faces Show" at Texas LIVE in Arlington, Tx prior to the Texas Regional Radio Awards show.

As a mother and a wife, the choice to take her music farther hasn't been easy, but she enjoys the full support and love of her family, which includes her husband and sound guy, Wes and her son, Ethan. Ethan is also a budding musician and hopes to join mommy onstage someday. Cynthia looks forward to this becoming a full on family pursuit for her family much like it was when she was a kid.

Cynthia looks forward to having a chance to interact with her fans in person and online on her Facebook lives on "Tune In Tuesday" as she shares her music with anyone that will listen.  You can find events on her Facebook page.